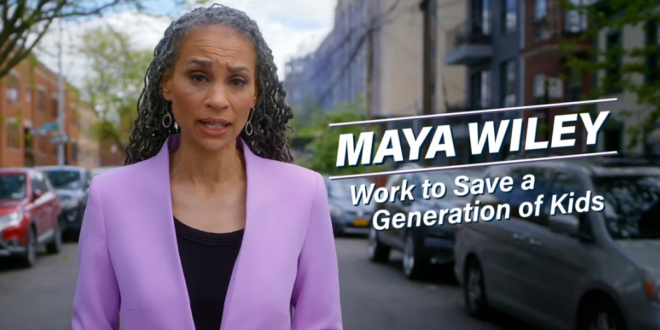 Rep. Alexandria Ocasio-Cortez has endorsed Maya Wiley, the former civil rights attorney who worked as counsel for Mayor Bill de Blasio, as her first choice for New York City mayor, an unexpected development that could galvanize progressives in a race where the left has been fractured by controversy and lack of excitement.

The popular congresswoman, whose support is courted by liberal Democrats across the country, had up until now kept the public guessing as to whether she would weigh in on the race.

But in a surprise move, she delivered the news on Saturday at an event in City Hall Park that was initially intended to highlight her choices for City Council and other races.

New York City’s next mayor needs to be a progressive fighter, ready to reimagine a New York that works for every single community.

As an educator, husband, and father of three, it is my honor to endorse Maya Wiley to be our next Mayor. Let’s go! pic.twitter.com/XAk9HqJYKf

Nobody says change like @AOC. And with AOC’s help we are going to win this race and bring the change we need to the city we love. #mayamentum pic.twitter.com/bOkheUJa1y