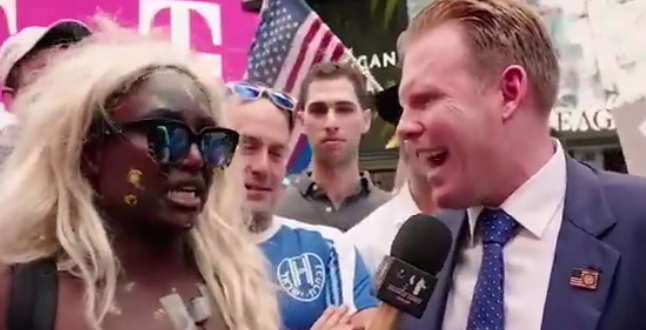 So this actually happened yesterday:

Andrew Giuliani is running for governor of New York and took his campaign to New York City’s Times Square, where he was confronted by a TikTok personality who goes by the moniker “Crackhead Barney,” because that’s is the way we live now, dear readers.

Giuliani and Crackhead Barney proceeded to get into a rather ugly shouting match over Israel and Palestine, or more to the point Giuliani’s desire to “see a New York where you have Israel that is respected.

The edited video then features Barney telling the gubernatorial hopeful that she “hates” his father, former NYC Mayor and personal attorney to Trump, Rudy Giuliani. Andrew’s pals did not take well to that critique, yelling “F*ck You!” to the social media host.