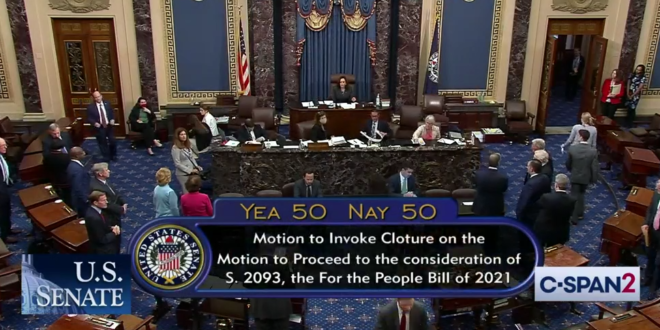 Senate Republicans on Tuesday blocked the most ambitious voting rights legislation to come before Congress in a generation, using the filibuster to deal a blow to a bid by President Biden and Democrats to counter a wave of state-level ballot restrictions and fueling a political battle that promises to shape the 2022 elections.

All 50 senators in the Democratic caucus voted to advance the measure, known as the For the People Act, but with every Republican opposed, it fell well short of the 60 votes needed to break a filibuster. Vice President Kamala Harris, who has taken a leading role in rallying support for the measure, presided as the legislation hit a roadblock.