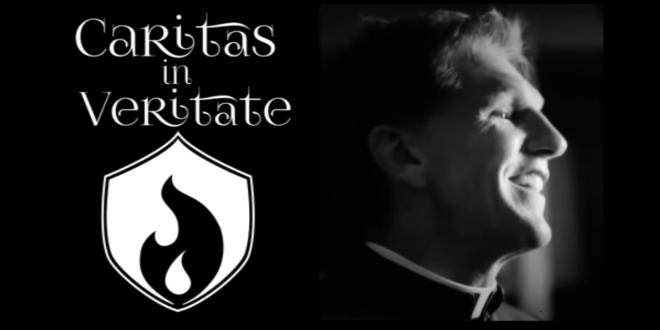 The pastor of a Roman Catholic parish in Wisconsin who told his congregation to shun the Covid-19 vaccine and preached right-wing politics from the pulpit has been asked to step down by his bishop.

The Rev. James Altman, of the St. James the Less Roman Catholic Church in La Crosse, made the announcement during his sermon at Sunday Mass, calling himself a victim of the “cancel culture.”

“If the left whines, like they do, like a spoiled brat often enough, they succeed in canceling so many voices of truth,” he said. “And now that they are whining like, if I may say it, the pansy babies that they are, to cancel me.”

His YouTube channel, where the supportive comments are as batshit as you’d expect, sells swag with that slogan, as well as “God gave us a brain.”

On the Christian crowdfunding site GiveSendGo, over $138,000 has been raised for Altman’s “legal defense fund.”

Previous DeSantis: I Turned FL Into “America’s West Berlin” And Gave You A “Free Zone” During Lockdowns Elsewhere
Next US Issues Highest-Level Travel Warning On Japan