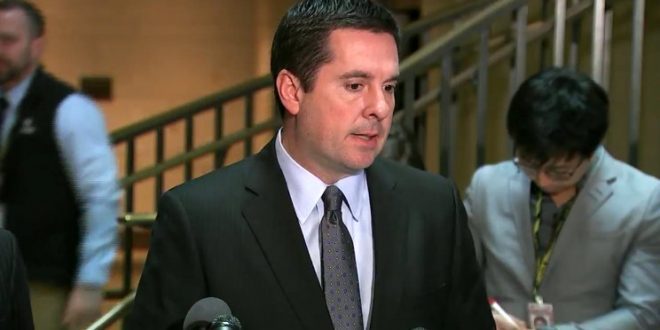 After Rep. Devin Nunes failed last summer to force Twitter to unmask several accounts dedicated to ruthlessly mocking the California Republican, the Justice Department took aim at one of the congressman’s anonymous critics.

Court filings unsealed this week revealed that in the last months of the Trump presidency, the Justice Department used a grand jury subpoena to demand the identity of whoever was behind @NunesAlt, a Twitter account that criticized Nunes, a close ally of former president Donald Trump.

Twitter strongly objected to the November request and filed a motion to quash it, noting Nunes’s own failed legal efforts to reveal the identities of his Twitter detractors.

Trump’s DOJ tried to demand the identity of who was behind a Twitter account that criticized Rep. Devin Nunes.

Previous Emmy Winning Actor Charles Grodin Dies At Age 86
Next Andrew Giuliani Says His Father, The “Greatest Mayor” In US History, Will Campaign For Him In NY Gov Bid