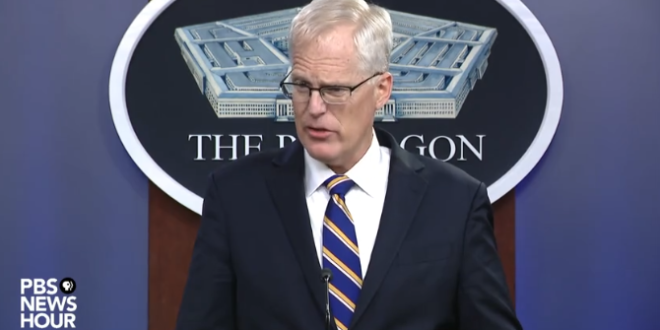 Former acting Secretary of Defense Chris Miller told the House Oversight Committee Wednesday that he limited the deployment of National Guard troops at the Capitol ahead of Jan. 6 in part due to media “hysteria” about “the possibility of a military coup.”

William Walker, commanding general of the D.C. National Guard, previously testified that a three-hour delay in approval for National Guard assistance during the Jan. 6 Capitol attack was exacerbated by “unusual” restrictions on his authorities by Pentagon leadership.

“My concerns regarding the appropriate and limited use of the military in domestic matters were heightened by commentary in the media about the possibility of a military coup or that advisers to the president were advocating the declaration of martial law,” Miller testified Wednesday.

Trump’s acting defense chief told Congress he limited the deployment of National Guard troops at the Capitol before Jan. 6 in part due to media “hysteria” about “the possibility of a military coup.”

He said he stands by “every decision” he made that day. https://t.co/6m35qwZRIn

Miller omitted that sentence when reading his remarks during hearing

There it is: Christopher Miller – who led the largest military in the world on Jan 6 – assigns blame to “irresponsible commentary in the media” & “hysteria” about military involvement for DOD failure to defend the Capitol.

.@RepRoKhanna: “Did you or anyone in your office ever try to get ahold of President Trump on January 6th?”

Former Acting Defense Secretary Christopher Miller: “I did not.”