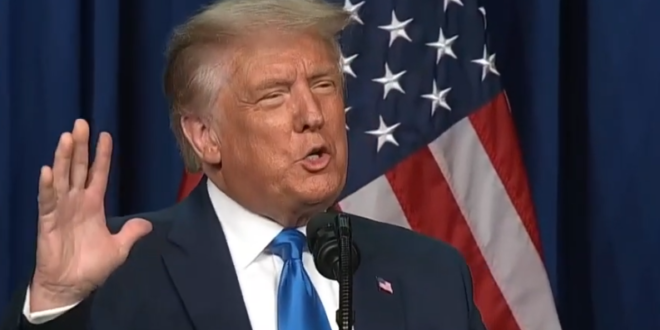 Former President Trump on Tuesday launched a communications platform, which will eventually give him the ability to communicate directly with his followers, after months of being banned from sites like Twitter and Facebook. The platform, “From the Desk of Donald J. Trump” appears on www.DonaldJTrump.com/desk.

The space allows Trump to post, and allows followers to share the former president’s posts to Twitter and Facebook, however, the new platform does not have a feature to allow users to “reply” or engage with Trump’s posts.

Trump’s new platform surfaced Tuesday, after advisers had told Fox News that the former president planned to “move forward” to create a social media platform of his own after being banned from Facebook, Twitter, Instagram, YouTube, and Snapchat after the Capitol riot.

Read the full article. Fox says it’s not clear if this new “platform” is part of the long-heralded Trump social media launch. Whatever they want to call it, in the real world it’s called a “website.”

Um, this “new platform” is just a blog on a personal web site that doesn’t even have a comments section. It has changed the game back to before 2008.https://t.co/IgaF4ibVqh