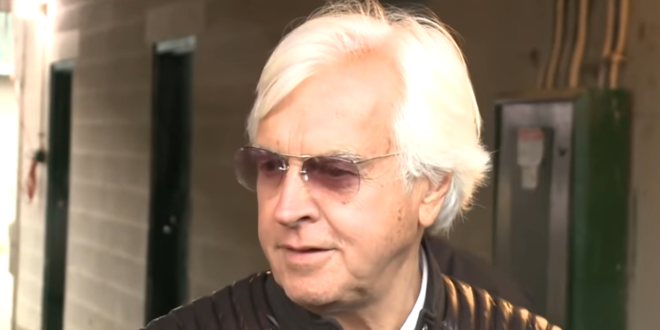 Baffert announced Sunday that Medina Spirit tested positive for betamethasone, which has put his Kentucky Derby victory in jeopardy. Betamethasone is anti-inflammatory drug that otherwise is legal but is illegal when found in the blood on race day.

According to Kentucky Horse Racing Commission regulations, a second positive test — called a “split sample” — is required before a horse can be disqualified. The result of the second test is not expected to be ready for several weeks.

Bob Baffert says he was using an ointment, which includes betamethasone, to treat a case of dermatitis on Medina Spirit. https://t.co/LDu9dpinWF

“We live in a different world now. This America’s different.” pic.twitter.com/bsQeiV7oXi

After Medina Spirit trainer Bob Baffert blamed “cancel culture” for using a banned substance on said horse to cheat to win, now he admits to using the banned substance since lying won’t be able to compete with actual tests results.