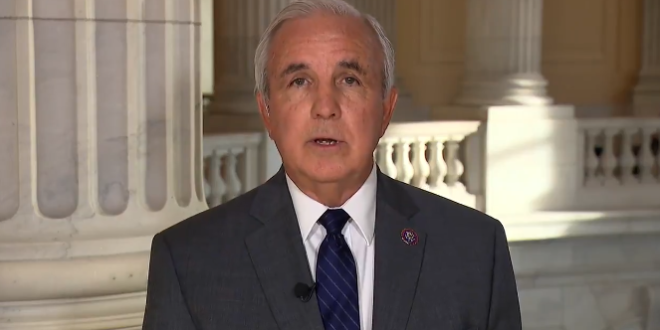 A top aide to Republican Rep. Carlos Gimenez of Florida says he spoke with both the Capitol Police and the FBI on the morning of January 6 after overhearing a man in tactical gear talk about storming the FBI building just hours before the deadly insurrection.

Alex Ferro, chief of staff to the Florida GOP congressman, says he heard the comments as he and Gimenez were standing inside the lobby of the Hyatt Regency near Capitol Hill. Gimenez, who was staying at the hotel as an incoming freshman lawmaker, alluded to the moment during an interview with CNN’s Erin Burnett Wednesday evening.

More on what Gimenez was talking about here…
Chief of staff for GOP lawmaker spoke to law enforcement after overhearing talk of storming FBI building on January 6https://t.co/cRDVZblNeQ

Rep. Carlos Gimenez about January 6: “I don’t think [Trump] incited the events that happened. I know for a fact that I saw people in my hotel room that were saying they were gonna do something at 2 o’clock, & that happened at 9 o’clock in the morning”

Who was in his hotel room? pic.twitter.com/7fW7XCCVal

“Ferro said he has not heard back from the FBI since reporting the incident to authorities on the morning of January 6.” https://t.co/4ySXhPZMet

.@RepCarlos Gimenez: Apparently, Nancy Pelosi doesn’t like any of her Democrats to break ranks with her. My leader, on the other hand, allows us to have free independent thought.” pic.twitter.com/NKyi3DZDf5

The character development caucus — folks who voted for either one or both of the state Electoral College objections on January 6 but were among the 35 House Republicans to support the commission bill tonight: