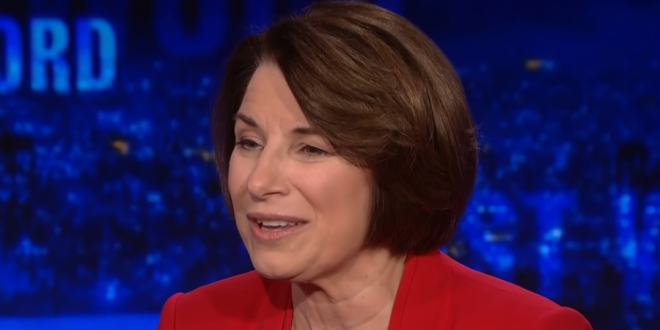 The Senate Rules Committee will consider amendments on Tuesday to S.1, the For the People Act, a massive voting and elections bill that Democrats claim is necessary to counter new voting restrictions being considered by multiple states.

Committee Chair Amy Klobuchar announced last month that the committee would hold a “markup” session on the bill on May 11, after a hearing on the bill in late March which included feedback from state and local election officials.

During a markup, members of the committee may propose changes or amendments to the bill, followed by a final vote on whether to advance the bill to the Senate floor.

Democrats as well as Republicans are expected to offer other amendments, and aides are bracing for what could be days of markup. Senate Minority Leader Mitch McConnell, R-Ky., who has made it a priority to kill the bill, is expected to participate in the committee, an aide said.

GOP-led states like Texas, Florida and Georgia have advanced voting restrictions that President Joe Biden and other Democrats have compared to Jim Crow laws that disenfranchised nonwhite Americans. The bill seeks to impose a national standard for voting rights, which Republicans decry as a partisan power grab to supersede state autonomy.

“The Democrats’ revisions to the contentious election overhaul bill include extending deadlines, easing some rules and adding flexibility for states to implement it.”https://t.co/xY2yZh4yVj