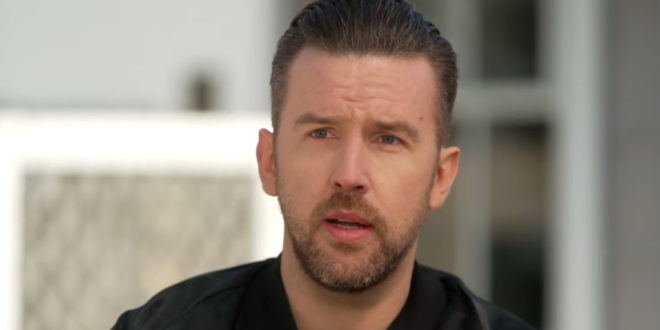 A measure in Tennessee to honor Brothers Osborne singer TJ Osborne [photo], who recently came out as gay, has been blocked by Republicans in the state’s House of Representatives, after it had unanimously passed the Senate.

Rep. Jeremy Faison, chair of the House Republican Caucus, is the lawmaker responsible for blocking — and some say effectively killing — the measure.

He cited a procedural objection, although many believe that his history of supporting anti-LGBTQ legislation is the likelier reason for him putting the kabosh on the honor. In blocking the bill on the House floor Tuesday, Faison initially said simply, “We have some concerns on this SJR, and I’d like to send it back to naming and designating.”

Read the full article. Osborne came out last month. He and his brother have so far earned four gold and platinum singles and all of their albums have landed in the top three on Billboard’s country chart.

We’ve lived in this state for over half of our lives. @JeremyFaison4TN honored Ben Shapiro who doesn’t even live here. Jeremy, let’s have lunch one day. On us. Would really like to know more about you as a person. https://t.co/00w2rdwCec

Massively disappointed in TN House Republicans for blocking my friend @TJOsborne for being honored because HE’S GAY!? https://t.co/bAAzfNRDUw https://t.co/xBIxZrc5jZ