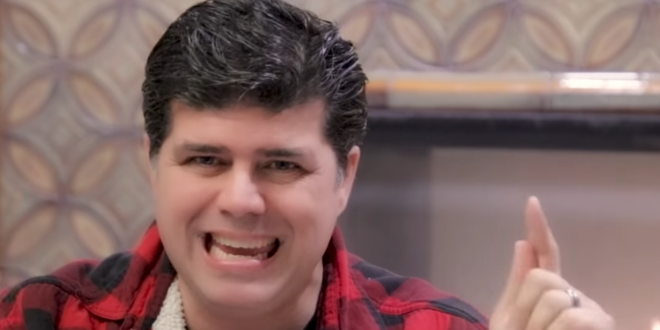 Televangelist: Facebook’s Ban On Trump Is The Same Mistake That Satan Made When He Killed Jesus Christ

“We need 100,000 patriots to become reporters for Donald Trump. Get his words out there since they wanted to be so smart that they wound up being stupid. They made the same mistake that Satan made when he killed Jesus Christ. By killing that one man and killing his voice, he created a world full of little Christians that echo the message of Christ. See? Stupid on the devil’s part.

“The Bible says had Satan known what was going to happen, he would never have crucified Jesus Christ, because what he did was he started a harvest of Christians that echo the message. He only had one man to deal with, now he’s got a whole population full of us. Same thing they’re doing with Trump. Let them crucify him, but we’re now the echo.

“And we’re going to put it on every page, every Twitter account, everything we got because the Oversight Board didn’t rule that we couldn’t share Trump content. It’s allowed on Facebook, for now anyway, so take advantage of it while we can. I’m ordaining all of you right now as evangelists of the Trump revival.” –  Shane Vaughn.