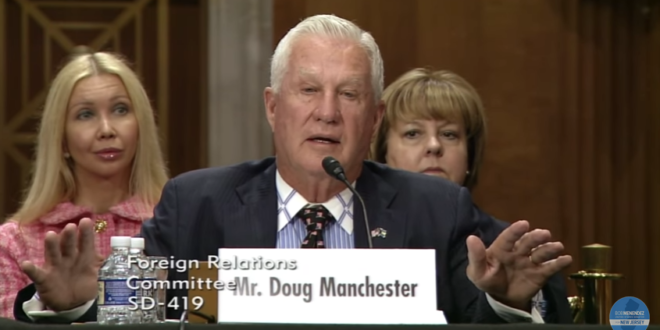 A federal grand jury in Washington, D.C., has begun issuing subpoenas in a criminal investigation into the nomination of San Diego developer Douglas F. Manchester as ambassador to the Bahamas by former President Donald Trump.

The case appears to focus on the Republican National Committee and its two senior leaders, and possibly members of Congress.

Manchester, a well-known contributor to the Republican Party and to GOP elected officials and candidates, was nominated to become the U.S. ambassador to the Bahamas in May 2017, just months into the Trump administration.

CBS News previously reported that RNC chair Ronna McDaniel hit up Manchester for a $500,000 donation while his nomination was stalled in the Senate. He replied, “As you know, I am not supposed to do any (political contributions during the confirmation process) but my wife is sending a contribution for $100,000”—and then suggested that once he was confirmed as ambassador, more would be coming.

RELATED: As longtime JMG readers will recall, Manchester was a major financial backer of California’s Prop 8, prompting a massive and successful boycott of his hotels by conventions and trade groups.