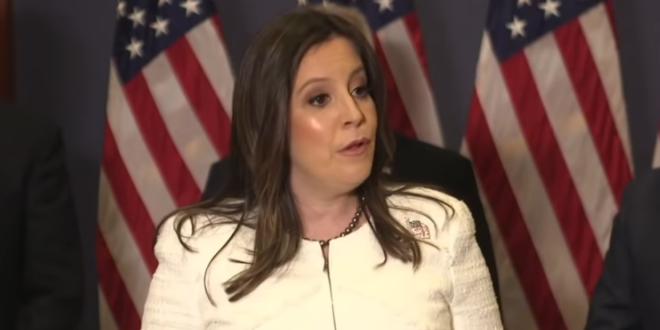 Stefanik: The GOP Is “Unified In Working With Trump”

Stefanik, however, treaded carefully when she was pressed by reporters on whether there is room in the party for Trump critics like Cheney and Rep. Adam Kinzinger (R-Ill.).

Rep. Elise Stefanik says there is room in the Republican Party for vocal Trump critics like Liz Cheney, who she has just replaced as conference chair: “They are a part of this Republican conference. We are unified in working with President Trump.” https://t.co/71DENAeWez pic.twitter.com/w4MiX5G0fN