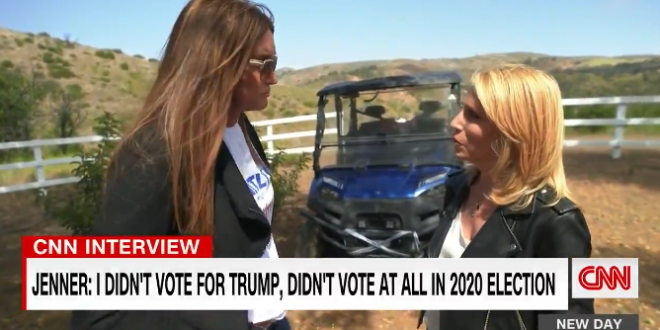 Republican gubernatorial candidate Caitlyn Jenner told CNN this week that she never voted for president in the November 2020 election and opted to golf instead because she “couldn’t get excited” about the dozen measures on the California ballot. For someone seeking support in the upcoming recall, it was a head-turning statement.

Then came the head-scratcher: Los Angeles County records show she actually did cast a ballot last fall. Jenner’s campaign would not comment on the record when asked about the conflicting accounts Tuesday and only spoke on background.

Despite Jenner giving the impression she opted out of the election entirely and played golf on Election Day — and that she only worries about state propositions but chose not to consider those as well — a spokesperson said that Jenner voted on “some local issues.”

Dana Bash asked Caitlyn Jenner who she voted for in 2020. Jenner said she didn’t vote, and played golf instead. But Politico has records indicating Jenner did cast a ballot in 2020.

So who did she vote for, and why didn’t she want to say? 🤔 https://t.co/vPevzKMLmy