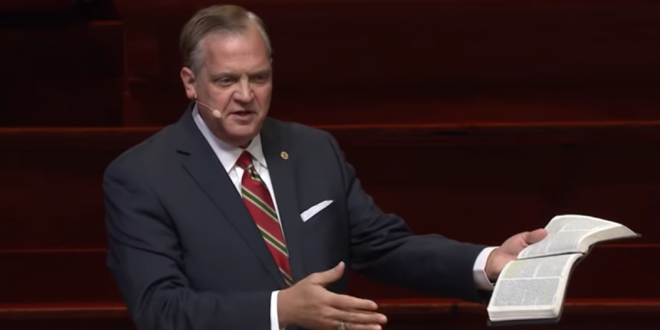 Is it true that a child playing with this new “Everyone is awesome” Lego set is going to feel affirmed? If that child, for instance, is nonconventional in sexual orientation, as someone represented even in an ambiguous way by this set and the characters. Is it actually going to make that child feel affirmed?

I don’t know. That clearly is the intention here. I think it probably will not. It’s hard for me to believe that a child in a moment of individual anxiety but any of these huge questions is going to find any kind of adequate solace in a set of plastic bricks.

But again, here’s where Christians need to lean in. And the Christian worldview tells us, listen carefully. There’s a brokenness here. There’s a hurt here that cries out for Christian attention. That hurt is at the deepest level of personal identity.

That anxiety is at the deepest level of personal security. There’s a pain and anxiety. There is very clearly a fear that is represented even in the voice of a child here for which the answer supposedly is the “Everyone is awesome” Lego set.

Now, Christians, again, looking at this, understand this is brokenness. Undoubtedly. Christians, look at this note that this is actually moral rebellion now being actually commercialized by Lego, a business that does something like $7.2 billion a year in annual business.

Mohler last appeared on JMG in June 2020 when he acknowledged that Trump is a “huge embarrassment” for the country, but even so, any alternative in the election is “unthinkable.”

We’re super excited to reveal our new set – LEGO Everyone is Awesome! Because we celebrate every LEGO builder ❤️🌈 #LEGO #EveryoneIsAwesome pic.twitter.com/J7KSz3zWik