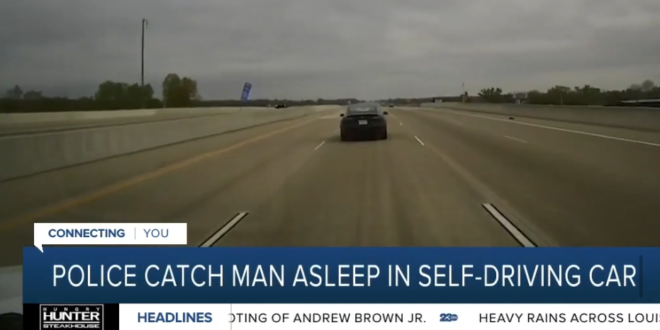 The Kenosha County Sheriff’s Office said it was dispatched to northbound I-94 near the Illinois/Wisconsin state line Sunday for a report of a Tesla driver who appeared to be asleep at the wheel.

The deputy tried to initiate a traffic stop and activated the lights and sirens in his car. The driver didn’t pull over for two miles. The incident was recorded on dash and body cameras.

The driver eventually pulled his Tesla to the side of the road, only after the sheriff’s department says he woke up. Authorities say the Tesla was going 82 miles an hour before the driver pulled over.