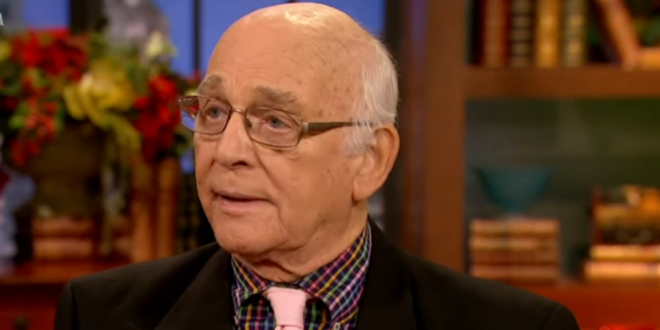 Gavin MacLeod, a sitcom veteran who played seaman “Happy” Haines on “McHale’s Navy,” Murray on “Mary Tyler Moore” and the very different, vaguely patrician Captain Stubing on “The Love Boat,” has died. He was 90.

MacLeod’s nephew, Mark See, confirmed his death to Variety. MacLeod died in the early morning on May 29. No cause of death was given, but MacLeod’s health had declined in recent months.

MacLeod played a relatively minor character on ABC hit “McHale’s Navy,” starring Ernest Borgnine, but as newswriter Murray Slaughter, he was certainly one of the stars of “Mary Tyler Moore,” appearing in every one of the classic comedy’s 168 episodes during its 1970-77 run on CBS.

Read the full article. In his later years, MacLeod was a semi-regular on right wing and anti-LGBT Christian shows, once telling the American Family Association (third clip below) that “the Lord” had told him that the Love Boat theme song was actually about “coming to Jesus.”