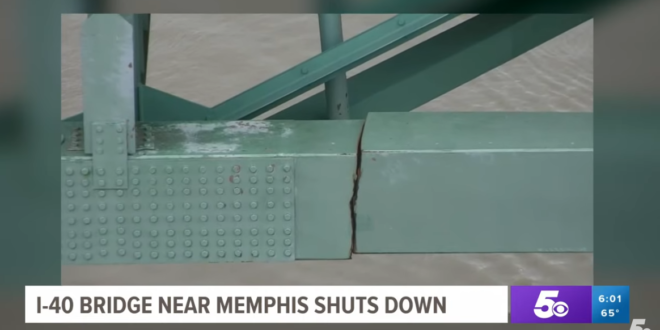 Repairs to the Interstate 40 bridge linking Arkansas and Tennessee could take months after a crack was found in the span, forcing thousands of trucks and cars to detour and shutting down shipping on a section of the Mississippi River, a transportation official said.

A congressional Democrat from Tennessee flagged the crack as a warning sign of the urgent need to act on fixes to the nation’s infrastructure. Republican U.S. senators also pointed out the need for infrastructure spending while criticizing Biden’s plan.

The six-lane bridge into Memphis was shut down Tuesday afternoon after inspectors found a “significant fracture” in one of two 900-foot (274-meter) horizontal steel beams that are crucial for the bridge’s integrity, said Lorie Tudor, director of the Arkansas Department of Transportation.