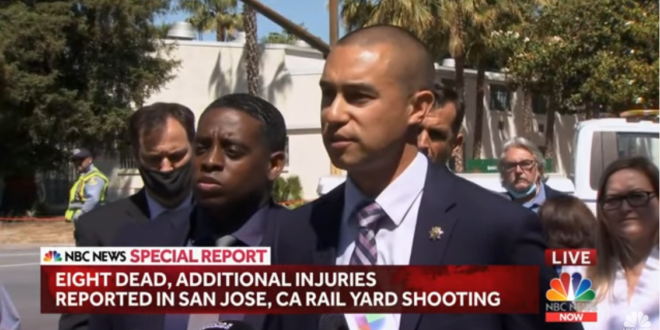 A public transit employee opened fire on co-workers at a Northern California rail yard Wednesday, killing more than a half-dozen people before taking his own life, authorities said. The shooter was identified as Samuel Cassidy, an employee of the Santa Clara Valley Transportation Authority (VTA), law enforcement sources said.

He shot and killed himself at the scene, according to sources. At least eight people were killed, not including the shooter, sheriff’s Deputy Russell Davis said. The dead suspect is believed to be the only shooter involved, according to officials.

The suspect set his own house on fire, then drove to a Valley Transportation Authority union meeting and began shooting, law enforcement sources said.

The gunman was identified by sources as Samuel Cassidy, 57, a maintenance worker at the VTA.https://t.co/tXnlXCGb9e

#Breaking : I’ll only show this once. This is Samuel Cassidy, the gunman that killed 8 people at the VTA yard. He reportedly turned the gun on himself after the mass shooting. Prior to that he reportedly set his house on fire with multiple rounds of ammunition found inside. pic.twitter.com/pAFfz1ZSwt