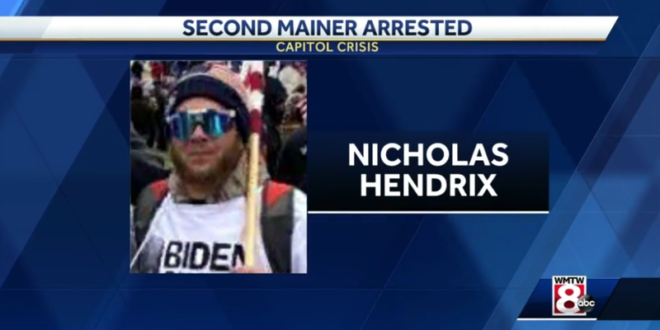 The FBI has arrested and charged a second Maine man with taking part in the Jan. 6 riot at the U.S. Capitol.

According to paperwork filed with U.S. District Court in Portland, the FBI received a tip on Jan. 11 that Hendrix was overheard talking about the riot, showed video from the riot and said that he had been pepper-sprayed.

Nicholas Patrick Hendrix, 34, of Gorham was arrested by the FBI on Thursday. https://t.co/cmUmP9cQpU