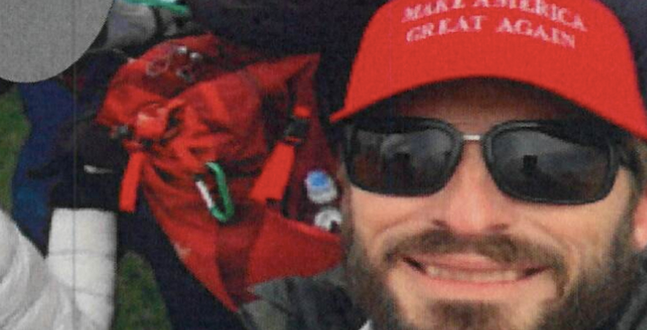 Federal authorities charged a Texas man accused of taking part in the Jan. 6 siege at the U.S. Capitol after he appeared in several photographs and videos taken inside and outside the Capitol building wearing a red hat emblazoned with President Donald Trump’s “Make America Great Again” slogan.

The FBI said that a person who has known the suspect for “approximately 20 years” identified him.

Kerry Wayne Persick, 41, is charged with a slew of federal crimes stemming from his alleged participation in the pro-Trump mob’s attempt to prevent members of Congress from counting the Electoral College votes.

NEW: Kenny Persick of Texas is charged in US Capitol Insurrection

They say his red MAGA hat is noticeable in these images – and they say a warrant shows Persick’s cellphone was active in Capitol on Jan 6 pic.twitter.com/xScfmTtNqi