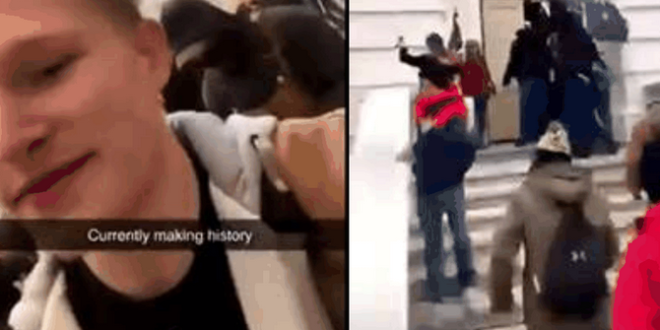 According to the charging documents, Leonard Pearso Ridge IV posted at least five videos from the siege at the U.S. Capitol that enabled the FBI to identify him, adding to the growing list of rioters whose social media bluster about participating in the insurrection have filled the pages of court documents.

“Let’s go, let’s go. Get in this Bitch,” Ridge allegedly yelled in one of the first Jan. 6 videos he uploaded to Snapchat. “Yeah man so epic I have a video of me fighting riot police in the capital [sic] building,” Ridge allegedly wrote, adding, “Just pray for me that I don’t get arrested by the FBI.” He was arrested in Pennsylvania on Friday.