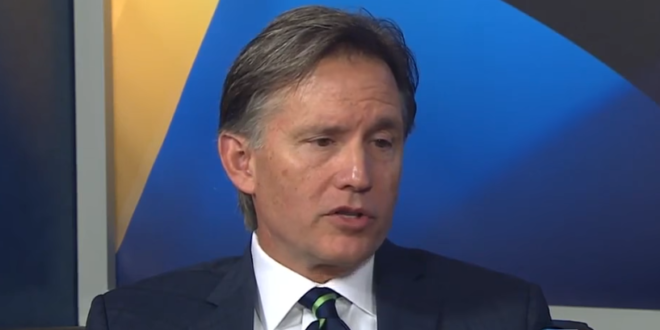 Attorney General Mike Hunter announced his resignation on Wednesday, less than a week after filing for divorce from his wife, Cheryl.

The Oklahoman submitted questions to Hunter on Tuesday night about an extramarital affair that the newspaper confirmed through people familiar with the situation. The sources said the affair was with a state employee, who did not work in the attorney general’s office.

In a statement, Hunter said, “It has been a distinct and absolute privilege of a lifetime to serve as the state’s attorney general. Regrettably, certain personal matters that are becoming public will become a distraction for this office.”

Read the full article. Hunter was elected in 2018 by 30 points after beating his GOP primary opponent by 270 votes.

Hunter has held the post since 2017, when he was appointed to fill the position left vacant when Scott Pruitt resigned as state attorney general to lead the U.S. Environmental Protection Agency. https://t.co/KyWdXxGCIo