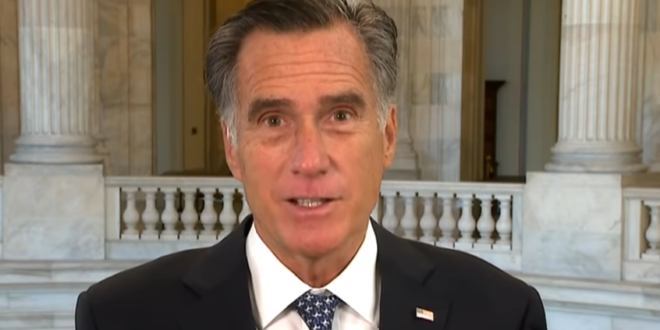 REPORT: Mitt Romney Screamed At Josh Hawley While Senators Took Shelter During Riot, “You Caused This!”

Hawley had led the charge to object to the 2020 election on the false premise that some states failed to follow the law, bolstering the baseless claims from President Donald Trump that the election was stolen and should be overturned.

Later, as rioters ransacked the building and several senators huddled in a secure room, fearing for their lives and trying to persuade their pro-Trump colleagues to withdraw their efforts to undermine democracy, Hawley remained combative in pushing the very falsehoods that had helped stoke the violence.

“You have caused this!” Sen. Mitt Romney (R-Utah) erupted at him, referring to the events building up to the storming of the Capitol, according to a person familiar with the exchange.

“I feel very responsible for Josh Hawley being in the Senate. I feel terrible about it,” said ex-Sen. John Danforth.