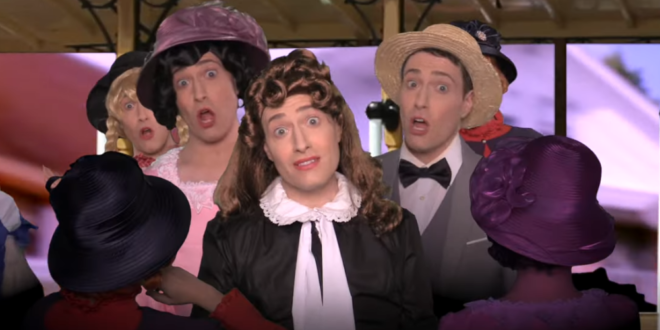 Randy Rainbow is back today with Clang, Clang, Clang Went Josh Hawley, which of course is a take on The Trolley Song, which earned writers Hugh Martin and Ralph Blane an Oscar nomination for Best Original Song thanks to Judy Garland’s performance in the 1944 classic, Meet Me In St. Louis. Watch as Mr. Rainbow takes on Hawley, Ted Cruz, Matt Gaetz and other top Republicans.