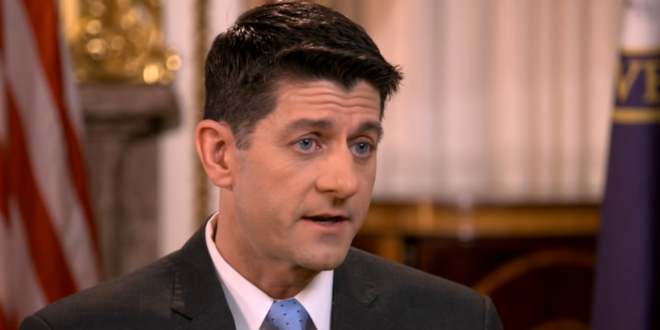 “Once again, we conservatives find ourselves at a crossroads,” Ryan, R-Wis., said in an outdoor speech at the Ronald Reagan Presidential Library in Simi Valley, Calif., which often hosts GOP officials, presidential candidates and conservative luminaries.

“And here’s one reality we have to face: If the conservative cause depends on the populist appeal of one personality or on second-rate imitations, then we’re not going anywhere,” he said. “Voters looking for Republican leaders want to see independence and mettle.”

Although Ryan didn’t mention Trump by name in his criticism, the remarks by the Republican Party’s 2012 vice presidential nominee add him to a growing list of establishment Republicans who are publicly objecting to Trump’s grip on the party.

Like-minded Republicans, including Ryan’s predecessor, John Boehner, have lamented the current direction of the party, which has actively rebuked and ostracized members who have taken on Trump and his brand of populist and nativist politics.