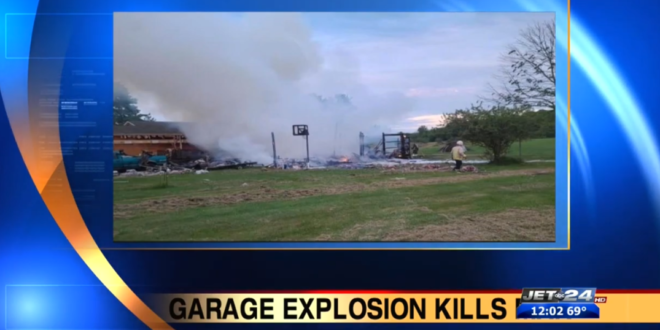 An Ohio man died when bombs he was building in his garage exploded, officials say. The 55-year-old was making improvised explosive devices in a detached garage at his home in Jefferson Township before the blast Saturday, according to the Ashtabula County Sheriff’s Office.

The garage was burned to the ground and debris was scattered onto a neighbor’s property when deputies arrived at the scene. A neighbor told investigators the man intended the sell the explosives to pay off a lawn mower he bought, officials say.

The 55-year-old was building improvised explosive devices in his garage, officials say. https://t.co/wjIESLolAQ