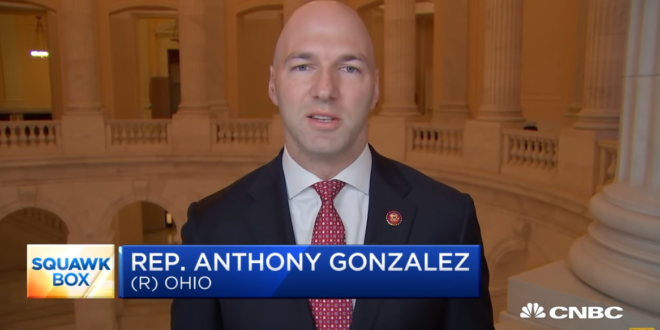 The Ohio Republican Party’s leaders called on Rep. Anthony Gonzalez to resign for voting to impeach former President Donald Trump, a stunning rebuke of one of their own. On Friday, the party’s governing board called on Gonzalez, R-Rocky River, to resign in a divided vote. They also voted to censure Gonzalez and nine other members of Congress for “their votes to support the unconstitutional, politically motivated impeachment proceeding against President Donald J. Trump,” according to the resolution.

My good friend @RepAGonzalez has been censured by the OH GOP. Just like me, @RepLizCheney -list goes on