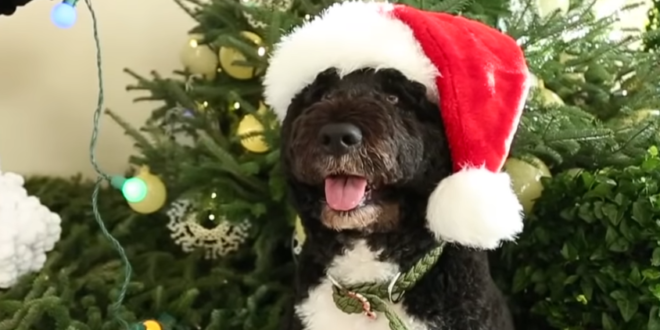 Bo, the Obama family dog, has died, according to the former president. The black and white Portuguese water dog, who joined the first family in the White House in April 2009, was the last presidential pet before President Joe Biden’s dogs, Major and Champ, joined the White House earlier this year. Bo, chosen for his hypoallergenic fur, was a gift from late Massachusetts Sen. Ted Kennedy. The dog was about 6 months old in April 2009, according to reports at the time, meaning he was about 12 at the time of his death.

Today our family lost a true friend and loyal companion. For more than a decade, Bo was a constant, gentle presence in our lives—happy to see us on our good days, our bad days, and everyday in between. pic.twitter.com/qKMNojiu9V

He tolerated all the fuss that came with being in the White House, had a big bark but no bite, loved to jump in the pool in the summer, was unflappable with children, lived for scraps around the dinner table, and had great hair. pic.twitter.com/1x4VOMsLGR

He was exactly what we needed and more than we ever expected. We will miss him dearly. pic.twitter.com/CHweCxwJ7a