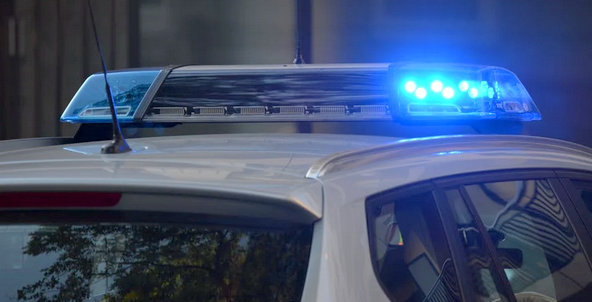 New York City’s annual Pride celebration, which began 51 years ago as a defiant commemoration of an anti-police uprising and has evolved into a city-sanctioned equality jamboree, will take steps to reduce the presence of law enforcement at its events.

Starting this year, police and corrections officers will also not be allowed to participate as a group in the annual Pride march until at least 2025. The ban includes the Gay Officers Action League, an organization of L.G.B.T.Q. police, which announced the news in a statement on Friday night.

The New York Police Department will also be asked to stay a block away from the edge of all in-person events, including the march. Heritage of Pride, which organizes events, will instead turn to private companies for security and safety, calling police officers in emergencies only when necessary, they said.

Via press release from NYC Pride:

NYC Pride announces new policies to address the presence of law enforcement and NYPD at Pride events in New York.

NYC Pride seeks to create safer spaces for the LGBTQIA+ and BIPOC communities at a time when violence against marginalized groups, specifically BIPOC and trans communities, has continued to escalate.

The sense of safety that law enforcement is meant to provide can instead be threatening, and at times dangerous, to those in our community who are most often targeted with excessive force and/or without reason.

NYC Pride is unwilling to contribute in any way to creating an atmosphere of fear or harm for members of the community.

The steps being taken by the organization challenge law enforcement to acknowledge their harm and to correct course moving forward, in hopes of making an impactful change.

At that time their participation will be reviewed by the Community Relations and Diversity, Accessibility, and Inclusion committees, as well as the Executive Board.

In the meantime, NYC Pride will transition to providing increased community-based security and first responders, while simultaneously taking steps to reduce NYPD presence at events.

BREAKING: NYC Pride will take steps to reduce the presence of the NYPD at its events.

That includes not allowing uniformed cops to march in the Pride parade.https://t.co/5rLDyq4L3B