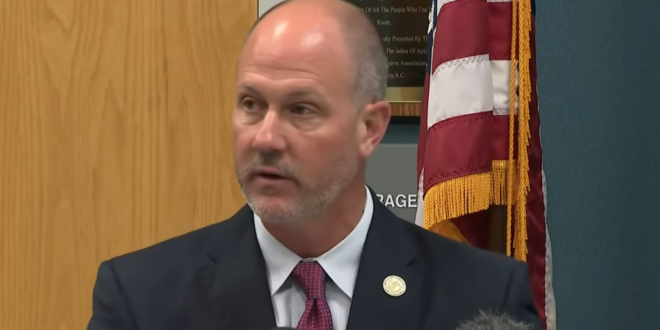 No Charges In Police Killing Of NC Black Man [VIDEO]

The district attorney for Pasquotank County will not bring criminal charges against sheriff’s deputies who shot and killed Andrew Brown Jr. in Elizabeth City, a move likely to increase tension and protest over police violence.

Brown died after being shot by sheriff’s deputies who came to his house to serve arrest and search warrants related to drug charges. A private autopsy commissioned by Brown’s family showed he was hit by at least five bullets, with the fatal wound from a shot into the back of his head.

Andrew Brown Jr. was shot and killed by sheriff’s deputies who came to his house to serve warrants, prompting outcry and peaceful protests in the small North Carolina town over several days. https://t.co/bGjYXVHkxR

BREAKING: A North Carolina district attorney says the shooting of Andrew Brown Jr., a Black man killed by deputies, was justified. Lawyers for Brown’s family says body camera footage shows Brown was not armed and that he didn’t pose a threat to deputies. https://t.co/L9mG09Pmvq