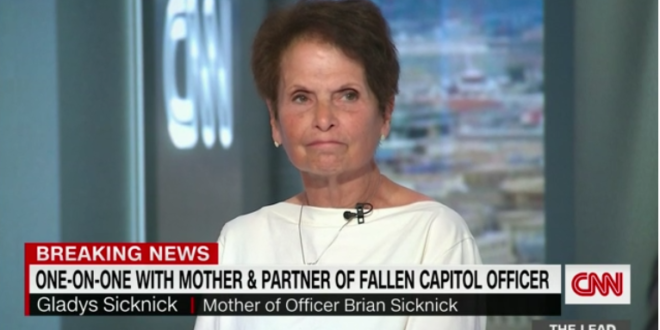 In an exclusive interview with CNN’s Jake Tapper Friday, Gladys Sicknick and her son’s girlfriend Sandra Garza said they were clinging to hope that they could change the minds of senators opposed to the independent commission, but were still not surprised at the ultimate outcome.

“They went through their motions, but you can tell that underneath they were being nice to us,” Sicknick said of her meetings Thursday.

“I don’t understand it. They are elected for us, the people, and they don’t care about that,” she added. “They care about money, I guess, their pocketbooks. So they’ll be in front of the cameras when they feel like it. They just don’t care, and it’s not right.”

“If they had a child that was killed on a day like that, they would think very differently.”

“Clearly they’re not backing the blue. … And, you know, more importantly, it’s not protecting our democracy.” pic.twitter.com/NEpou3XHqg

I’m grateful to Officer Sicknick’s mother and the other Capitol Police officers who have the courage to insist that the country needs the Jan. 6 commission.

It is pathetic that many of my Republican colleagues won’t support it because they are terrified of Donald Trump. pic.twitter.com/ZIBBK87PqV

“Did they watch television and see what happened? And they didn’t feel anything? It’s amazing” pic.twitter.com/l28wv7rFcD