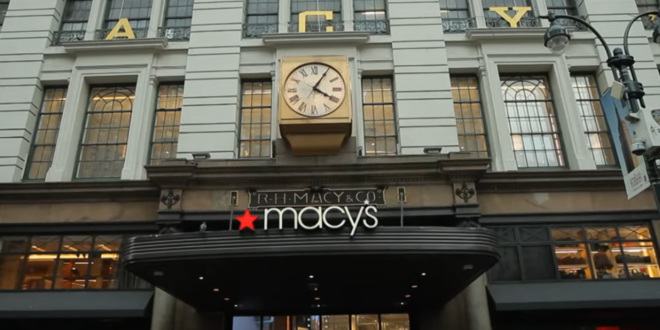 Macy’s advanced its plan to build a giant office tower atop its Herald Square flagship store on Monday, announcing that it would spend $235 million to upgrade transit infrastructure at the site and to create other public amenities. Macy’s, Inc., CEO Jeff Gennette said, “We are doubling down on our commitment to New York by reinvesting in our flagship location while committing $235 million in private investment to upgrade the Herald Square neighborhood.”

The tower needs City Hall’s green light for a zoning change for its size and height — 1 .5 million square feet of office space and between 750 and 900 feet tall, according to plans shown earlier. The company said that the store will remain open during construction and that its plans will not “impact various classic and celebrated features at the store, including the wooden escalators that pioneered the technology when they were built in the 1920s.”

Depending on its final height and design, the tower could have as many as 70 – 80 floors. For reference, the 102-story Empire State Building is currently only the 7th-tallest building in Manhattan. Here’s the current list of NYC skyscrapers by height.

Macy’s has revived plans to plop a skyscraper on top of its Midtown Manhattan flagship, but this time with slate of ground-level upgrades around Herald Square:https://t.co/vGpY2PcBNQ

Macy’s is proposing a $235 million investment in the area around its New York HQ at Herald Square as it works to get city approvals to build a skyscraper atop its flagship store.