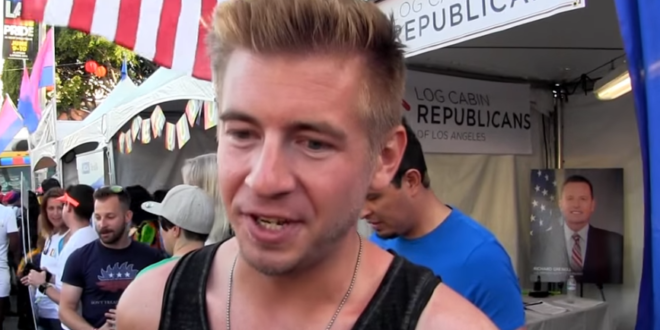 Tennessee’s legislature has passed an anti-trans bathroom bill and in a Tennessean op-ed ostensibly calling on Gov. Bill Lee to veto the item, the local Log Cabin Republicans chapter first lays out their anti-LGBT “bona fides” in order to convince right wingers that they’re all on the same side.

For that reason we frequently oppose radical gender theory and leftist policies like the Equality Act. We support a nuanced, science-based approach to transgender policy issues.

We recently spoke out in support of the legislature’s initiative to keep youth sports organized according to biological sex — we find the effort to let biological males play girls’ sports anti-science and offensive.

As a result of stances like these, LGBT leftists regularly picket us, ban us, destroy our property, and call us ugly names. (Uncle Toms, traitors, self-loathing, anti-gay, anti-trans, and “ciswhite fascists” to name a few.)

Tennessee’s bill requires trans-friendly businesses to post signs at their doors notifying customers that trans people might be in their bathroom.

The Log Cabin op-ed argues that this is wrong because it “shames” and “bullies” private businesses.

The op-ed does point out the illogic of forcing people who look like Caitlyn Jenner into a men’s restroom.