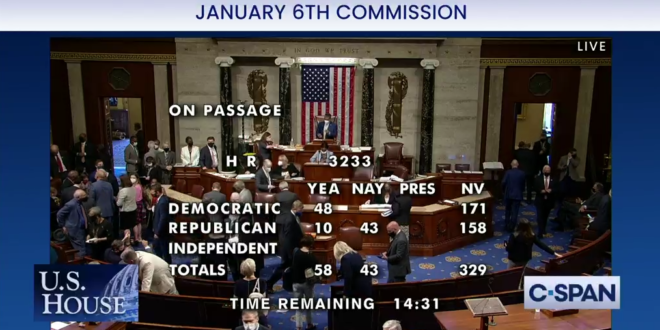 The House is set to vote Wednesday on legislation to establish an independent commission that would investigate the violent insurrection on January 6 at the US Capitol, though it’s unclear as of Wednesday morning how many Republican lawmakers will join Democrats in supporting the bill.

House Minority Leader Kevin McCarthy came out in strong opposition to the bipartisan deal, but GOP sources familiar with the matter said that as many as 40 House Republicans could back the plan — in part because of the 29 GOP members of the bipartisan Problem Solvers Caucus, a group that endorsed the plan Tuesday.

Read the full article. Let’s try this again. The debate and vote was pushed back from when I first posted this earlier this afternoon.