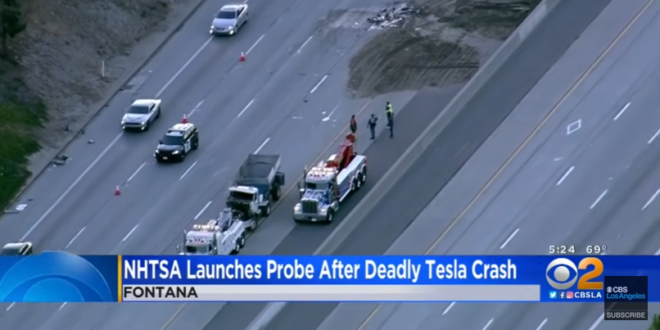 A Tesla car driver killed in a recent accident in California praised the automaker’s “full self-driving” features, and posted videos on his apparent Tiktok account, in which he appeared to drive with his hands off the wheel.

On May 5, a Tesla Model 3 crashed into an overturned truck on a highway in Fontana, killing the Tesla driver and injuring the truck driver and a motorist who had stopped to help him.

Tesla, which has disbanded its public relations teams, was not immediately available for comment.

Read the full article. Police says they’ve not made a final determination as to whether “autopilot” was engaged at the time of the crash.