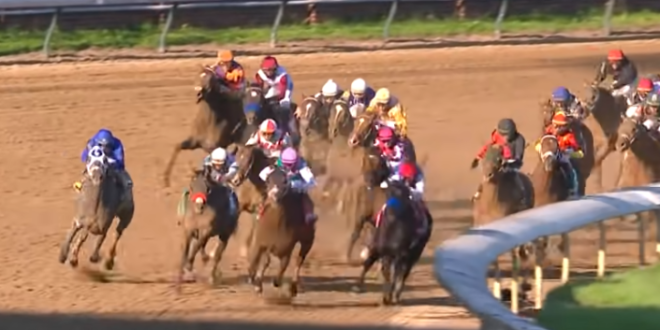 Kentucky Derby Winner May Be Disqualified For Doping

The colt cannot be disqualified until a split sample confirms the result. Baffert will then have an opportunity to appeal. If disqualified, Medina Spirit would be stripped of the Derby title and the winning purse.

Baffert has gained the enmity of rivals who believe that he has persistently cheated, suspicions fueled by 30 drug tests failed by his horses over four decades, including five in a little more than a year.

“It is our understanding that Kentucky Derby winner Medina Spirit’s post-race blood sample indicated a violation of the Commonwealth of Kentucky’s equine medication protocols. The connections of Medina Spirit have the right to request a test of a split sample and we understand they intend to do so. To be clear, if the findings are upheld, Medina Spirit’s results in the Kentucky Derby will be invalidated and Mandaloun will be declared the winner,” Churchill Downs said in a statement.

Baffert continually claimed during the news conference that no one on his team gave Medina Spirit the drug. He said that he’ll be fighting the test and will be sending Medina Spirit to the Preakness, which is being run in less than a week.

However, Baffert heavily implied that he believes he’s being set up or targeted — by who or what he wouldn’t say. Medina Spirit is the only horse that ran the Derby to test positive, which he implied was suspicious.

Baffert denied any wrongdoing, calling the news “the biggest gut punch in racing for something I didn’t do.” https://t.co/mCYf6P20QM pic.twitter.com/HfF8M2cJUk

Previous Christie: Cheney Did This To Herself By Bashing Trump
Next Kinzinger: The GOP’s The Titanic And Trump Is Trying To “Find Women’s Clothing And Get On The First Lifeboat”