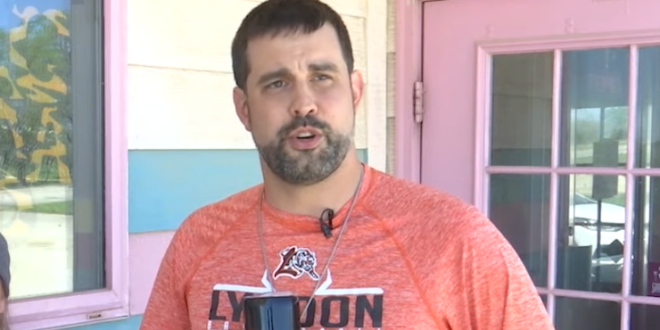 Kansas Rep. Mark Samsel said “God works in mysterious ways” when confronted by law enforcement officers over a bruise he allegedly gave a student while he was substitute teaching in April, according to a newly-released court document.

One student told police Samsel kicked him in the crotch. Samsel also told investigators he was following instructions from God.

Read the full article. There’s much more. A judge has ordered a psychiatric evaluation.