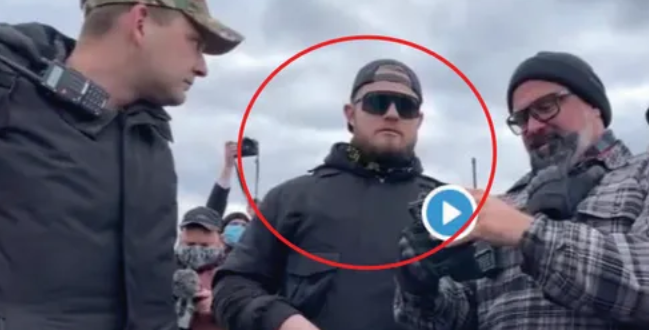 Proud Boys leader Ethan Nordean lashed out at President Donald Trump, accusing him of misleading his supporters and then deserting them despite their unwavering loyalty.

“We are now and always have been on our own. So glad he was able to pardon a bunch of degenerates as his last move and s— on us on the way out,” Nordean said in an expletive-laden message about the former president. “F— you trump you left us on [t]he battle field bloody and alone.”

He’s among the more than 400 people who have been charged for their alleged roles in the deadly assault on the Capitol on Jan. 6.

Proud Boy leader Ethan Nordean lashed out at Trump on Jan. 20, when it dawned on him that he’d likely be going to jail for the ex-president, according to new messages revealed by prosecutors last night. pic.twitter.com/JX1MvvsGR2

“Alright I’m gonna say it. FUCK TRUMP… So glad he was able to pardon a bunch of degenerates as his last move and shit on us on the way out.” @SebastianMurdoc reports on Proud Boy Ethan Nordean feeling betrayed by Trump. https://t.co/qoZdOcXTbT