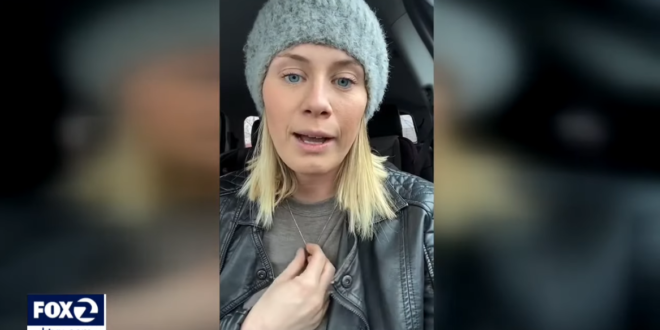 Katie Sorensen, of Sonoma, faces two misdemeanor charges four months after she accused a Latino couple from Petaluma of attempting to kidnap her two children Dec. 7 at the local craft store. She would later document the allegations, now widely viewed as a case of racial profiling, in two Instagram videos that garnered 4.5 million views and set off a firestorm of media attention.

In the videos posted Dec. 13, Sorensen recounted in harrowing detail how she had narrowly avoided a pair of shoppers attempting to kidnap her two kids. The couple who found themselves in the crosshairs of the growing controversy last year are longtime local residents and parents to five, Sadie and Eddie Martinez. They expressed relief over the news Thursday afternoon, following months of campaigning to hold Sorensen accountable.

Read the full article. Clip below is from December.