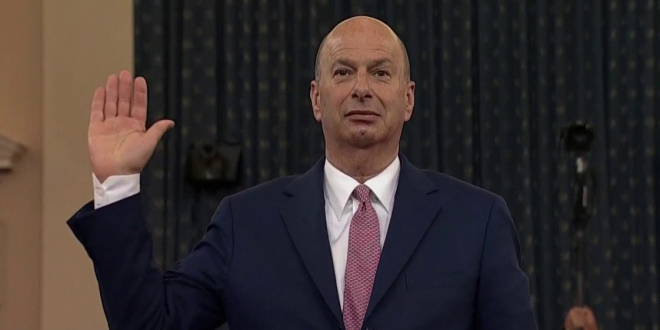 President Donald Trump’s former ambassador to the European Union, Gordon Sondland, is suing former secretary of state Mike Pompeo and the U.S. government for $1.8 million to compensate for legal fees incurred during the 2019 House impeachment probe.

The suit, filed Monday in federal court in the District of Columbia, alleges that Pompeo reneged on his promise that the State Department would cover the fees after Sondland delivered bombshell testimony accusing Trump and his aides of pressuring the government of Ukraine to investigate then presidential candidate Joe Biden and his son Hunter in exchange for military aid.