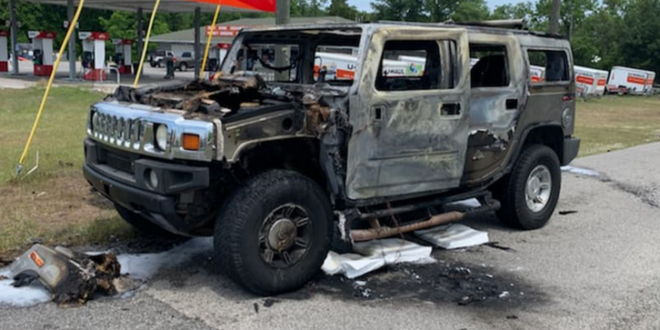 According to a spokesperson for Citrus County Fire Rescue, the driver had just filled up gas cans at the Texaco Food Mart near the scene. Firefighters found four 5-gallon containers filled with gasoline in the back of the Hummer. Firefighters say one person was injured but refused to be transported for treatment, against medical advice. They did not say what the injury was nor how severe. Authorities say there’s no need for concern in Tampa Bay because Florida gets 90% of its gas supply from cargo ships.

Hummer with four containers of gasoline bursts into flames right after filling up at Homosassa gas station https://t.co/YowE4ghxyA