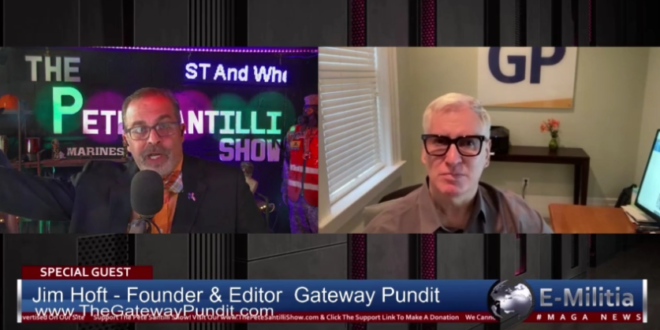 Homocon Site To Launch Campaign To Free DC Rioters: They Were Just Peacefully Walking Through The Capitol

“We all know what happened on Jan. 6, and the big story that day was when Vice President Pence turned his back on Trump nation. That’s the biggest story on that day. Nothing else mattered that day. The media’s been making up these lies about this insurrection, where people are peacefully walking through the U.S. Capitol.

“We are dealing with evil here. We’re dealing with people who don’t have a problem lying, going home and sleeping at night. None of us could do that. We’re dealing with demons. We need prayers, and we need to trust that God’s gonna right this.” – Jim Hoft of Gateway Pundit, speaking to far-right podcaster Pete Santilli.

Hoft added that everybody knows Trump “won in a landslide” and that he’ll be launching a project to free the rioters that are “rotting in jail.”

A few years ago, Media Matters wrote about Hoft, “The frequency with which he posts hoaxes and complete fabrications as fact suggests Hoft either has a reckless and total disregard for the truth or is so incompetent he cannot separate fact from fiction.”

During the Obama administration, Santilli called for the entire Bush family and President Obama to be “tried, convicted, and shot” for “treason” and said he wanted to personally “pull the trigger” on Hillary Clinton and watch her die slowly.

The above-quoted interview is hosted on Rumble and opens with a lengthy ad for Jim Bakker-style survival foods sold by an outfit called 4Patriots. 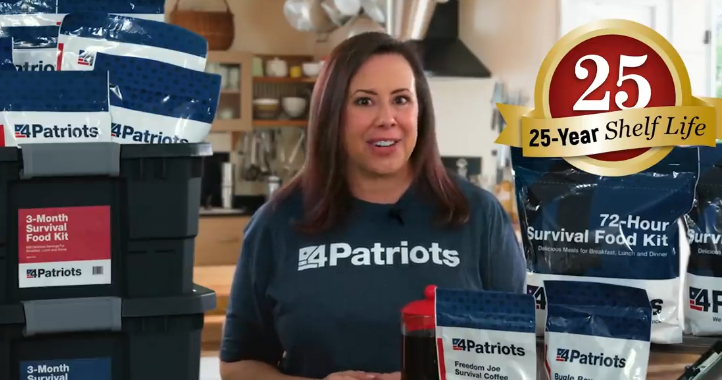