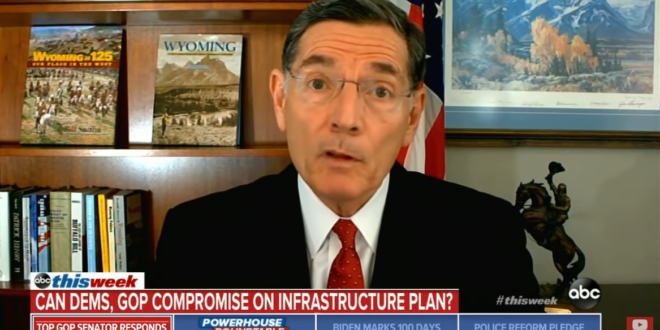 GOP Senator Called Out For Lie On Infrastructure Plan

ABC News anchor Martha Raddatz immediately corrected Sen. John Barrasso (R-WY) on Sunday when he tossed out a falsehood on the Biden administration’s infrastructure proposal. In recent weeks, Republicans have repeatedly claimed that only six percent of the $2 trillion spending plan is devoted to “traditional” infrastructure, something that fact-checkers have found to be untrue. The Republican lawmaker, for his part, did not object to the fact check.