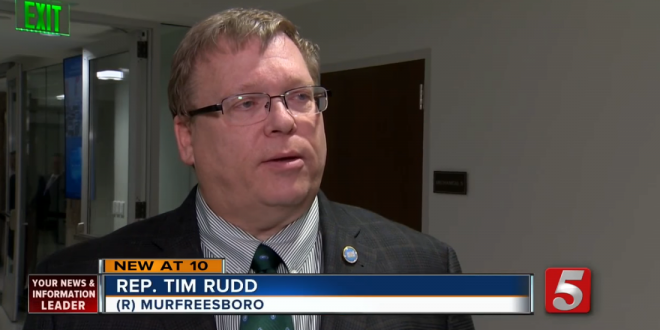 The sponsor of Tennessee’s new law requiring businesses and government facilities to post signs if they let transgender people use the bathrooms of their choice now says owners and officials who refuse could face up to six months in jail — a penalty that went unmentioned during legislative hearings and debate.

Republican Rep. Tim Rudd, who sponsored the bathroom sign bill, said a class B misdemeanor could apply to those who won’t post the signs within 30 days of being warned they’re breaking the law. That seems to contradict what Rudd told fellow lawmakers in March. He said then that the bill version that would become law “does not provide any fines or penalties at this point.”

Rudd claims the penalties are preexisting due to the section of building codes the new law was added to.

GOP Gov. Bill Lee signed the bill into law earlier this month. The Tennessee chapter of Log Cabin Republicans opposed the bill because it “shames and bullies” private businesses.

Rudd first appeared on JMG in 2019 when he sponsored a bill to ban adoptions by same-sex couples. The bill was later spiked after backlash from major Tennessee corporations.

Earlier this year, a Tennessee Republican assured lawmakers there were no penalties connected to his bill requiring businesses to post signs if they allow transgender people to use the restroom that aligns with their gender. He has since changed his story: https://t.co/T75Ilildz0