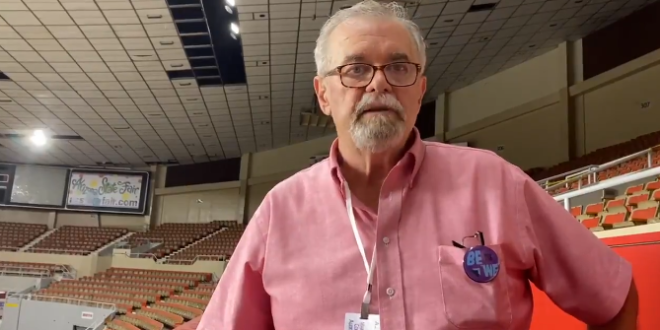 The Arizona election audit team that has been heavily touted by former President Donald Trump revealed that its examination of the 2020 vote in Maricopa County will include a “forensic” analysis of ballots to determine if the paper is made of bamboo—in order to determine whether or not China delivered tens of thousands of fraudulent ballots to tip the state to Joe Biden. On Wednesday, audit liaison John Brakey told a reporter from the local CBS affiliate in Phoenix that the audit team was checking to see if 40,000 Biden ballots were smuggled into Arizona from Asia by checking the paper’s fiber to try to detect bamboo.

Read the full article. As you’ll see in the clip below, the search for bamboo ballots sent Rachel Maddow into giggles.

John Brakey, an official helping oversee the audit of the 2020 Arizona election, says auditors are looking for bamboo fibers because of a baseless accusation that 40K ballots from Asia were smuggled here. #AzAuditPool pic.twitter.com/57UOBYIehg