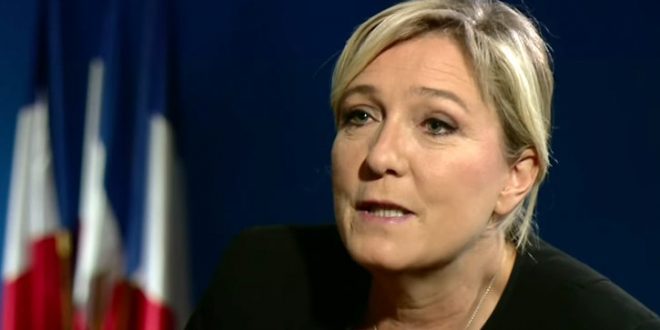 Marine Le Pen, the far-right leader aiming to be France’s next president, came to launch her latest campaign in the seaside resort where her firebrand father once announced his own bid for the presidency from the family home.

But the recent trip to the family base at La Trinité-sur-Mer in western France, where Ms. Le Pen posed for selfies with admirers, was a critical part of a rebranding effort toward respectability.

Steering the motorboat was Florent de Kersauson, a prominent businessman who, after decades of backing center-right candidates, was switching to Ms. Le Pen’s National Rally.

Read the full article. As longtime JMG readers will recall from her last campaign, Le Pen and her entire despicable family stand for everything you’re against. This will be gross. In 2018, Le Pen’s National Front renamed itself National Rally in an attempt to distance itself from its founder, her Holocaust-denying father.

Marine Le Pen, the far-right leader, tries to soften her party’s image ahead of next year’s presidential election in France — and to prove she can govern. https://t.co/lGRBAfIgAB