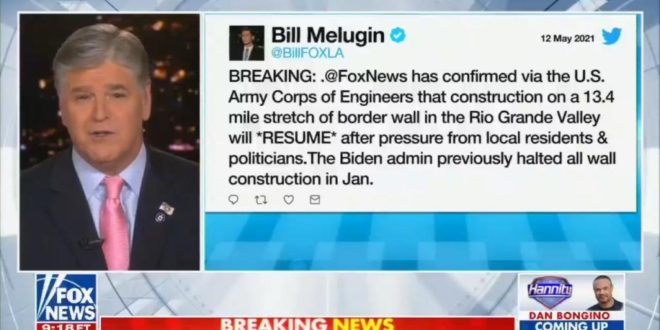 Fox Lies That Biden Has Resumed Work On Trump’s Wall

The actual problem being addressed was that in the course of building Trump’s border wall, engineers had to dig out existing water control systems — which are now left exposed. Local officials have sounded the alarm on this complication, and so the federal government has set to restoring those levees before the seasonal floods begin again.

Fox’s online article has since been changed to say that Biden had resumed “border wall levee construction,” with “priority repairs” in the Rio Grande Valley.