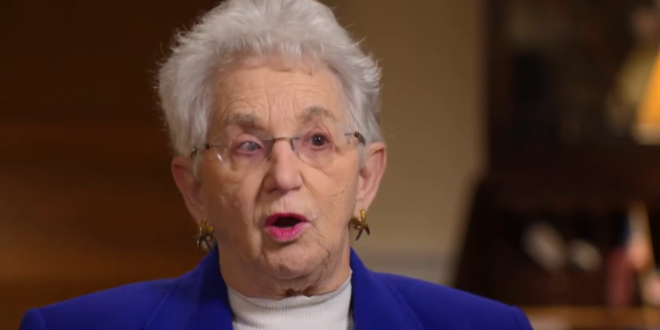 Rep. Virginia Foxx (N.C.) is the fourth House GOP lawmaker to be issued a $5,000 fine for failing to complete a security screening before entering the House chamber, according to a notice published by the House Ethics Committee on Tuesday.

According to the Capitol Police report documenting the incident last Thursday, Foxx set off a metal detector stationed in front of a door leading to the House chamber.

Read the full article. Foxx first appeared in JMG in 2009 when she called the murder of Matthew Shepard a hoax, later sending an apology letter to his mother. That same year she declared Obamacare to be worse than terrorism. In subsequent years she appeared here regularly for her insane claims during the battle against DADT and for same-sex marriage.